IMPORTANT ANNOUNCEMENT: The Potomac Valley Athletic Conference League has announced that Conference athletics have been postponed to the second semester (January 2021) due to the COVID-19 Pandemic.

Barrie's Modified Sports Seasons Schedule is listed below. All team offerings will depend on student interest and registration. The modified dates may change if the COVID-19 Pandemic continues through the 2020-2021 school year.

Please email Coach Lieberman know if you have any questions or concerns.

Welcome from the Director of Athletics, Health, and Wellness
Seth Lieberman

Welcome to Barrie Athletics! Our program inspires and encourages an active lifestyle by exposing students to a wide variety of sports that help to develop teamwork, leadership, and endurance.

Read More about Welcome from Seth Lieberman, Director of Health, Wellness, and Athletics

Barrie's Athletics program emphasizes participation, perseverance, and skill development. While competition is an important aspect of sports at Barrie, teamwork and sportsmanship are highly valued. 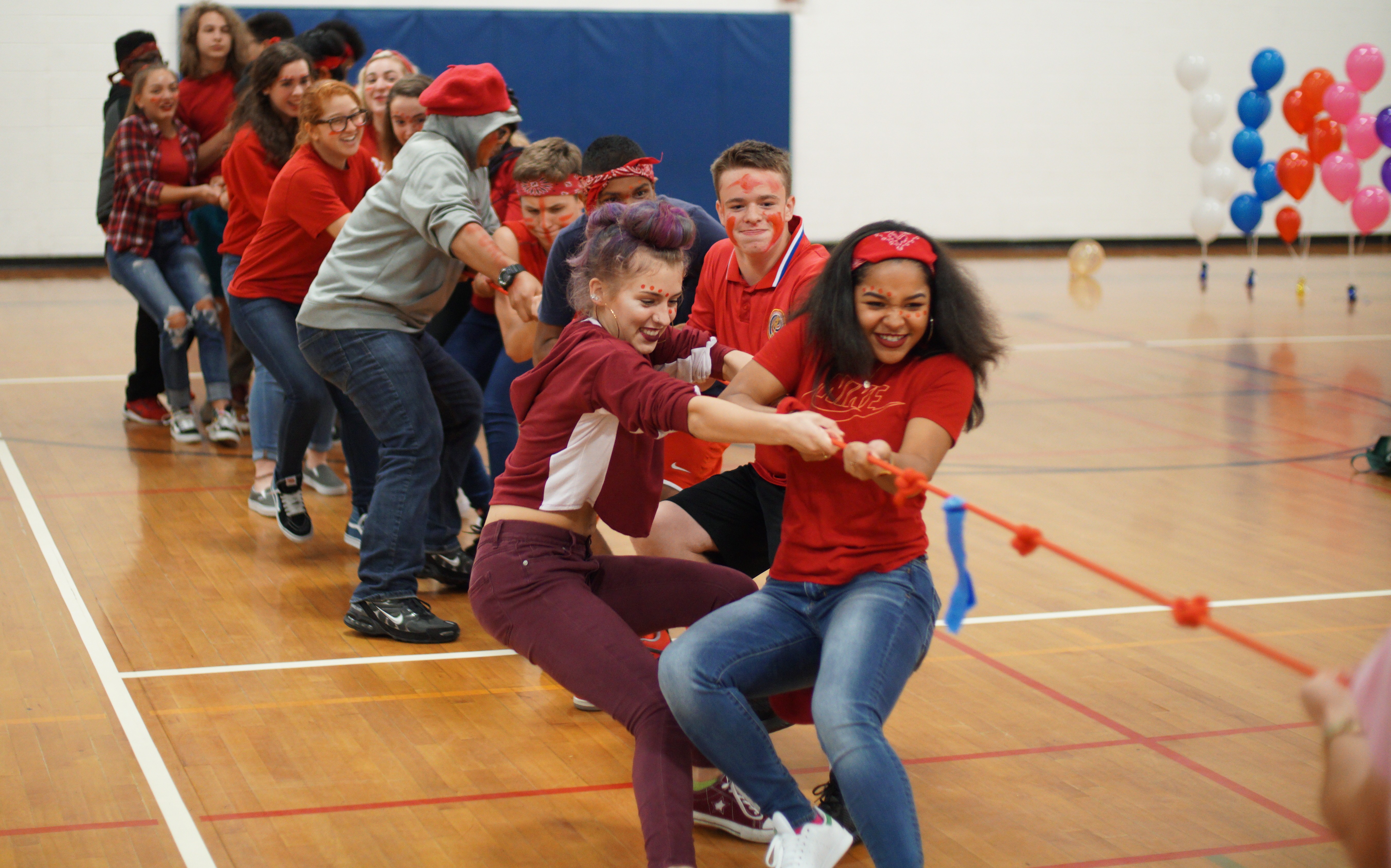 Game Dates are all TBA

Please note that all team offerings will depend on student interest and registration.

Boys and Girls compete separately in all sports.

Q: What sports are offered for middle school students and when?

A: Middle School sports are open to all students in grades 6, 7, and 8. Sports offered include girls volleyball, co-ed cross country and boys and girls soccer in the fall; boys and girls basketball in the winter; and coed tennis and track and field in the spring.

Q: When exactly are the three seasons?

A: Barrie Athletics seasons are:

Q: Is there a specific amount of playing time in middle and upper school athletics for my child?

A: Coaches help players redefine what it means to be a winner beyond what is on the scoreboard or stats (i.e. goal/shot percentage, playing time, etc.). Coaches provide adequate playing time for each member of the team, given comfort level and basic understanding of plays and positions. Playing time is a combination of practice and game time. For Varsity level teams, playing time will differ depending on the opposing team.

Q: Where are games played?

A: Games are played inside the Jamie L. Roberts Athletics Center, or outside on the Barrie Mustang Turf Field. Away games are hosted by the competitor at the location of their choice. Some schools have multiple campuses, so parents need to make sure they have the correct location for a given game. Some schools compete at off campus facilities.

Q: How can parents volunteer to help with teams?

A: The Athletic Department seeks parents to volunteer as a Team Parent or Team Photographer annually for each of your children. Team Parents help during home games with clock, score keeping, concession stand, and during team parties. Team Photographers take group and individual action or candid shots which are used year-round on the Athletics webpage. If you would like to assist in another way, please contact the Director of Health, Wellness and Athletics Natalie Chambers.

Q: How do I sign my child up to play on a team?

A: To participate in sports teams, the Athletic Director ask that you sign-up in advance. Students are notified at school when sign-ups are available. A reminder is also sent to parents and students via email, to allow for email sign-ups.

Q: Are there tryouts, and how does that work?

A: Barrie has a no-cut policy, so everyone who signs up is placed on a team.

Q: How are teams selected, or balanced?

A: Team are selected and balanced based on the number of sign-ups.

Q: When are teams single-grade vs. mixed grades, and why?

A: Within each division, Barrie may have one or several teams depending on the number of students who participate. Some may be single grade and some may be mixed. While grade-level teams obviously provide opportunities to strengthen relationships among peers, mixed grade level teams provide a greater degree of interaction between players of different grades. This helps build strong friendships outside one's class. It also provides a strong cooperative learning experience. The Athletic Director decides which option best fits each group of athletes. Since everyone who signs up plays, the number of students participating may also be a factor.

Q: Can my child play club and school sports at the same time?

A: Yes. The Athletic Department asks that you put athletic games ahead of club practices. You will be asked to list conflicts on the sign-up form. The detail you provide helps the Athletic Director and coaches place your child on the team that works best with your schedule. Varsity teams are asked to make more of a commitment to school sports.

Q: Can my child be in the school play/musicals and play a school sport?

A: Yes. The Athletic and Performing Arts Departments work closely together to help make this work. However, your child may not be able to play on the team or have a large play/musical part if he/she chose to do both due to time commitments while balancing school work load.

Q: What equipment does the school provide and what do we need to purchase?

A: Equipment needs vary by sport, but generally speaking, Barrie provides most game equipment. Players always need to provide their own shoes. The Athletic Director will tell families what gear needs to be brought individually; items typically include socks, shorts, and personal items like mouth guards or shin guards, towels, and water bottles for practices and games.

Q: How do I find my child’s practice and game schedule online?

A: Please click the Teams and Schedules tab above.

Q: When do teams practice and where?

Q: Why does middle school practice during the school day and not upper school?

A: There are several reasons for this. One is that fields or floor space are limited and on some days if all teams were to practice afterschool, practices could run until 9 or 10pm, and that’s late for students. We have found by splitting up the middle and upper school practices alleviate space and time constraints, allowing mixed grade level teams to have earlier afterschool practices – meaning fewer trips back and forth to school for parents. Middle School will have their practices during the school day on A, B, D, and E-Days at the end of the day.

Q: Do teams practice in the summer or during breaks?

A: After long breaks, occasionally Varsity teams will have practice the day before school starts. Generally speaking, there are no games and practices during breaks.

Q: Are there weekend games?

A: Yes, there can be. Most games are typically after school, but occasionally, two or three games might be played during the weekend due to constraints with the school calendar.

Q: How far in advance of games are players supposed to arrive?

Q: How do I know if an outdoors game or practice is cancelled due to weather or cancellation from the other school?

A: You should hear from the Athletic Director shortly after 1:00 pm via email the day of the event if there is a rainout or cancellation. Alternatively, you can contact the Athletic Director if you are unclear. One of three things will occur, if a game is cancelled, we'll hold regular practice (if the game was not cancelled due to weather), kids can sign-up for volunteer hours/school service with Jennifer Protil or study hall until 5:30 PM in the MS and US Commons Building.

Q: Why are tournament games scheduled on the nights before tests or major assignments are due?

A: League scheduling gets very complicated and if every team whose players had a conflict tried to move games, sports scheduling would not be manageable. The Athletic Department works with the school to minimize conflicts and apologizes for tough nights when they happen.

Q: What can my child do between the end of the school day and their home game?

A: Your child can do one of two things depending if their game is first or second. If they have the first home game of the night and it doesn’t start until 4:00 PM, they may practice on the field or court, or they may complete homework in the Middle or Upper School commons. If they are playing the second game of the night, students may work on homework or watch/support the game prior to theirs. Students will not be charged for after care while they are waiting for their games to begin.

Q: Who is responsible for away game transit?

A: Barrie is responsible for providing transport to all away games. Upon returning to Barrie from an away game, a shuttle is provided for students who need a ride to the Glenmont Metro Station.

Q: Will a shuttle, to the Glenmont Station Metro, be provided after upper school practices?

A: Yes, one shuttle will be provided to students who need a ride to the Glenmont Station Metro.

The Jamie L. Roberts Athletics Center is the heart of Barrie's athletics program, housing the majority of indoor practice and game facilities. The building includes: 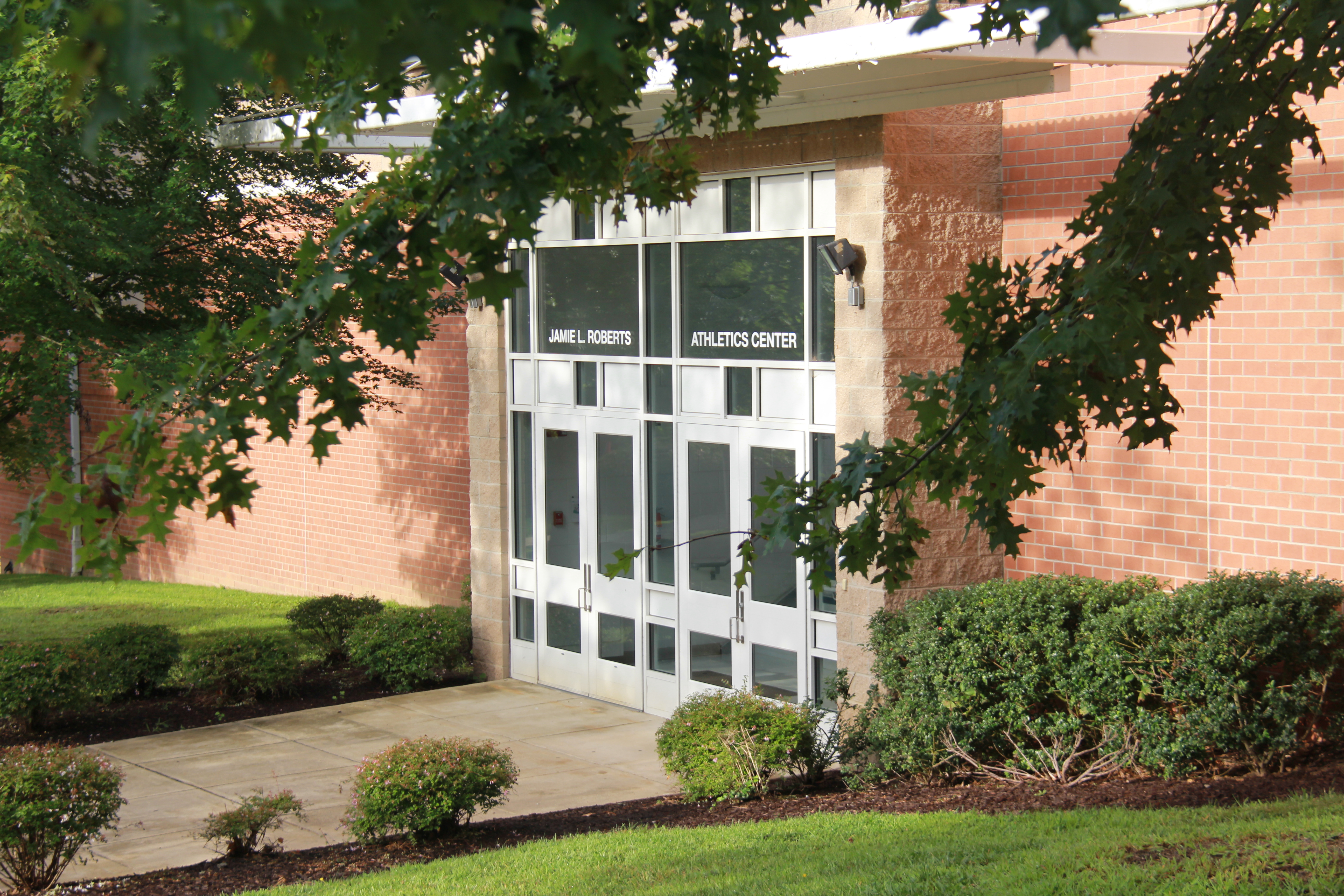 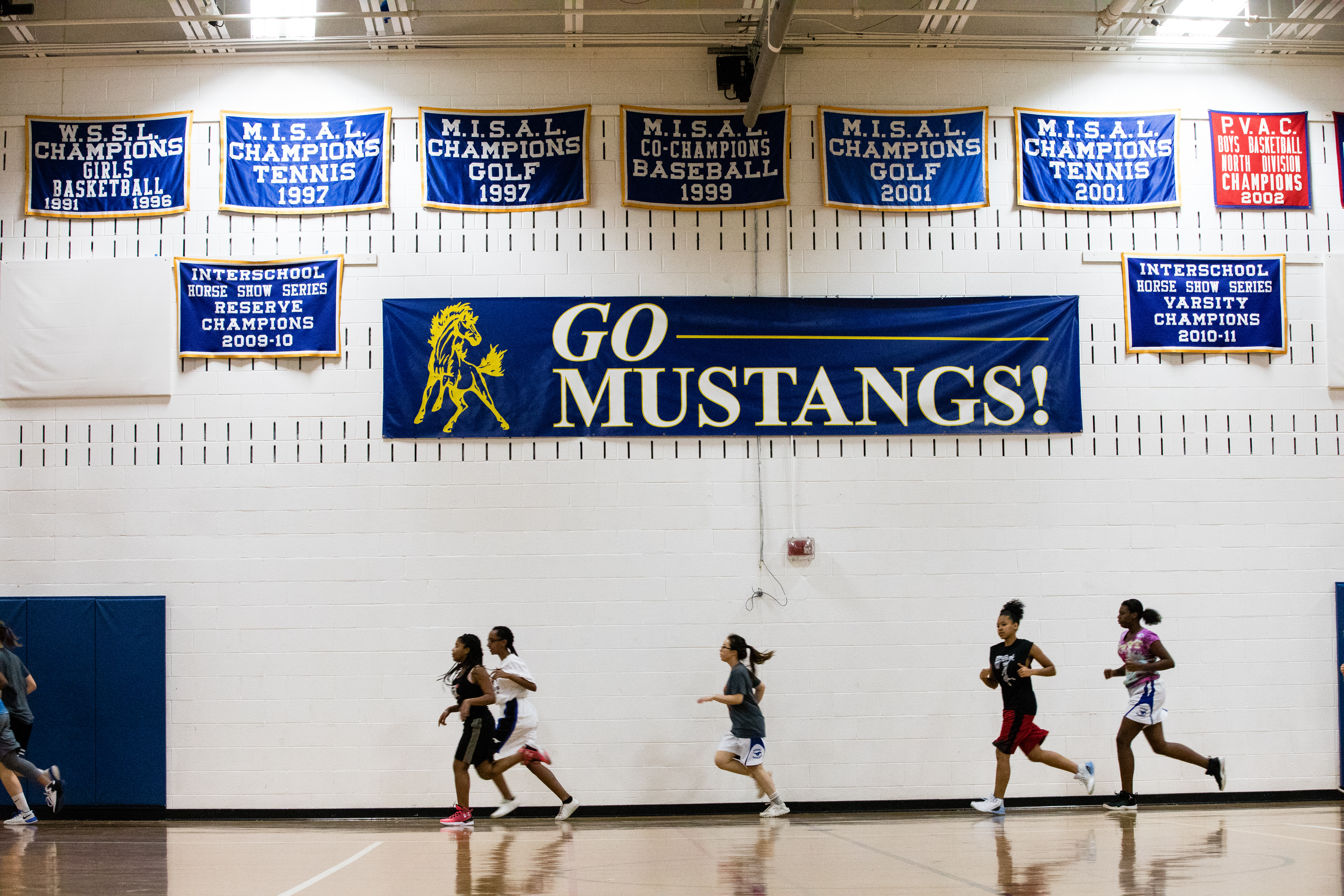 The public may rent the Jamie L. Roberts Athletics Center at a cost of $90 per hour. Mustang Field, Barrie's state of the art turf field, is available for $150 per hour. 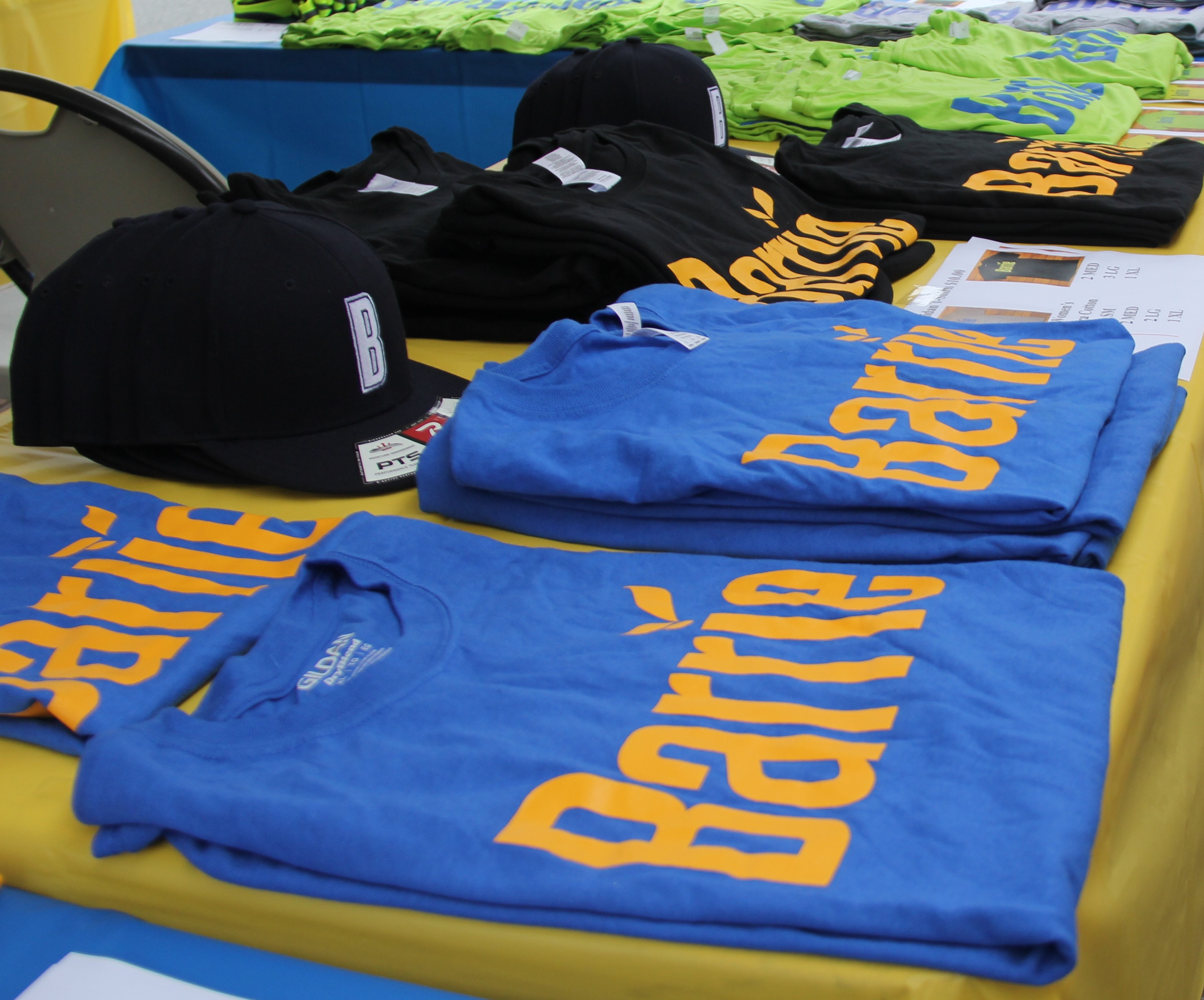 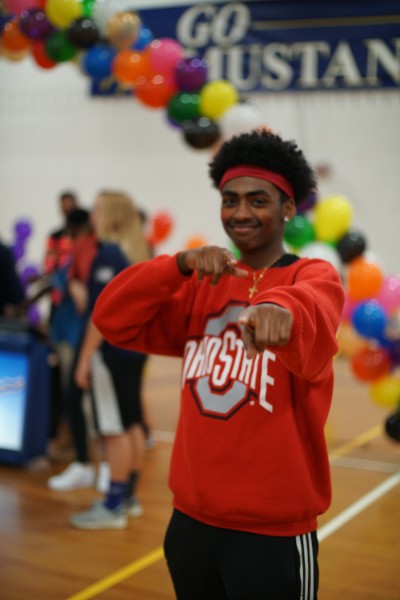 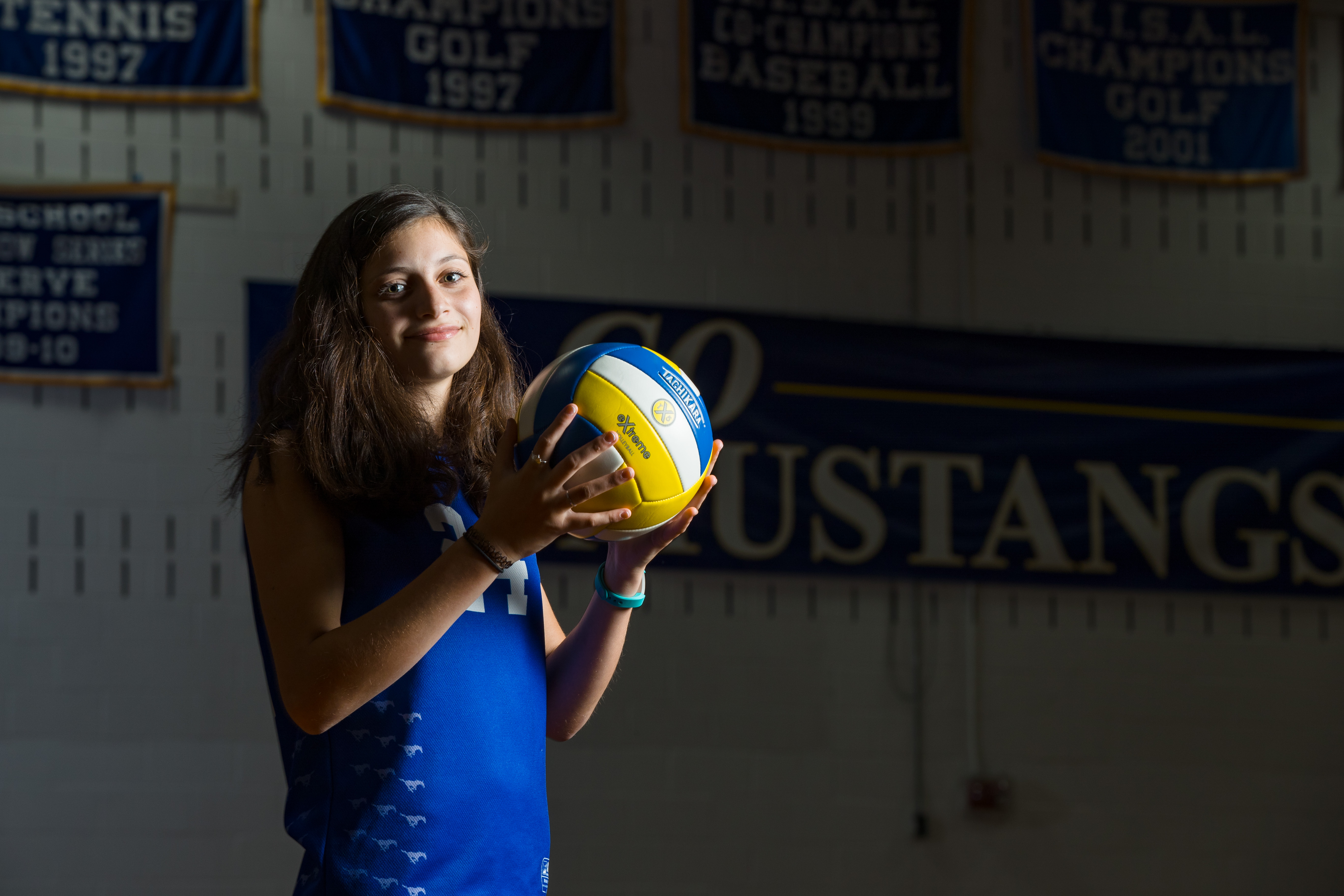