Extended Study Week (ESW) is a week in Spring when regular Prep classes are suspended in order for students to experience a week of intensive educational exploration, both on and off campus, culminating in an ESW presentation night. 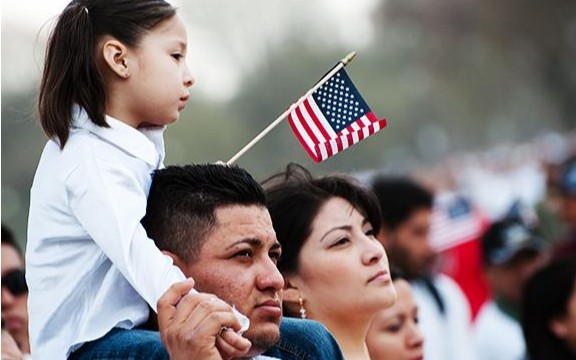 The Awareness Project: Issues Related to Immigration and Refugees
(Grades 9-12)

What do we need to learn to raise awareness around issues associated with immigration and resettlement?

Students will investigate the challenges that face the local immigrant and refugee community and learn about how to empower these communities. Students will conduct an in-kind donation supply drive for the International Rescue Committee, and engage in on-site volunteer opportunities, culminating in a community awareness campaign. 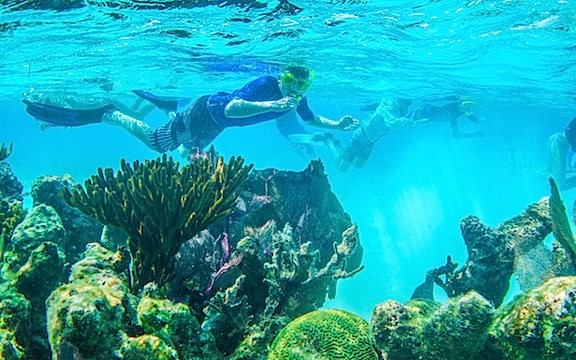 How is the health of coral reefs tied to human actions?

Students enrolled in Barrie's Marine Science course will participate in field research that reinforces topics discussed in class. Activities may include: 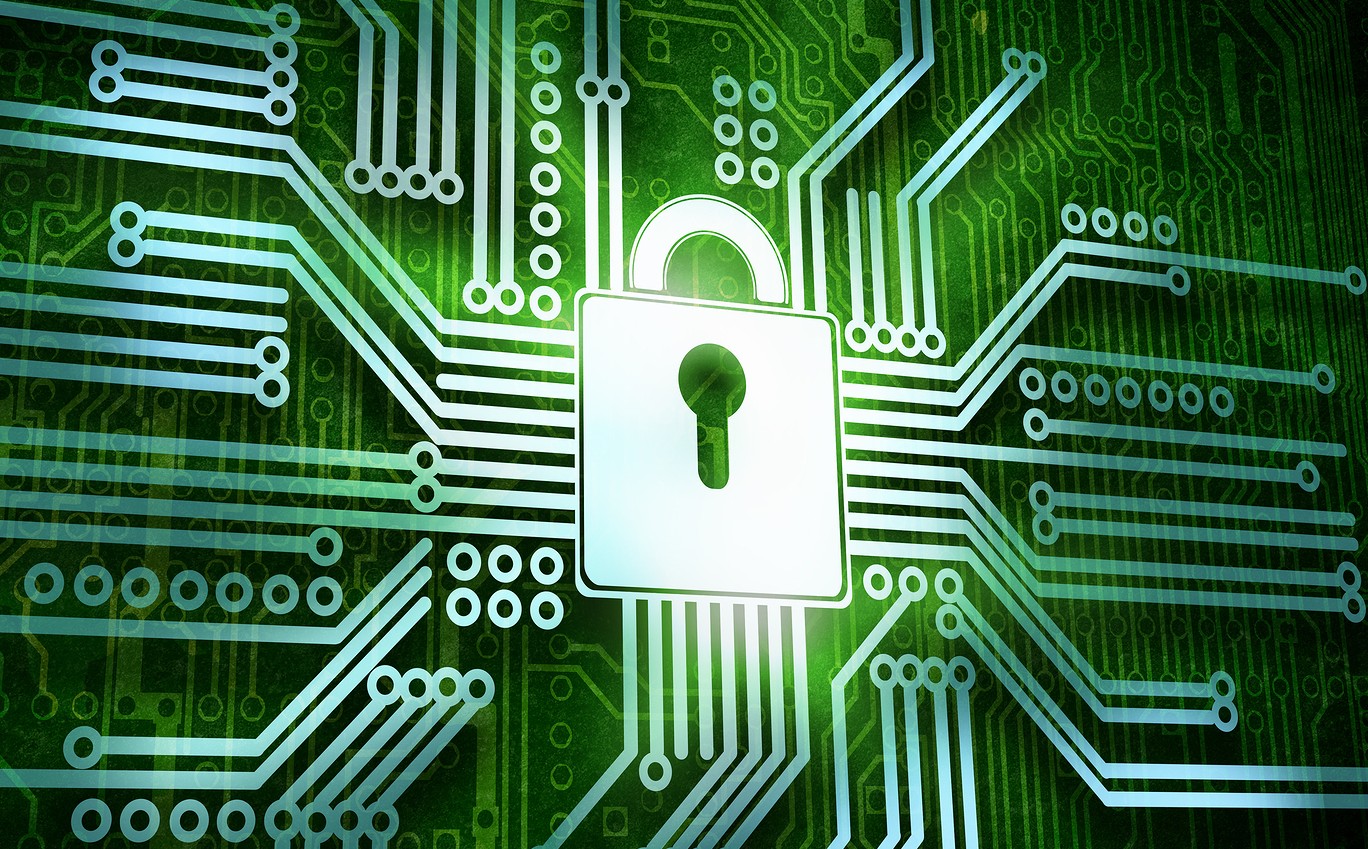 How does encryption work and what are its uses?

Students will use both classical and modern methods of encryption to encode texts and exploit the weaknesses of those methods. They will assemble an electronic Enigma machine to attack texts encrypted with it in realistic WWII conditions.

Students will also use public keys to understand how computers communicate and encode and decode texts, determine the level of security of those keys, and use a scaled-down version of the Data Encryption Algorithm to understand how it worked. 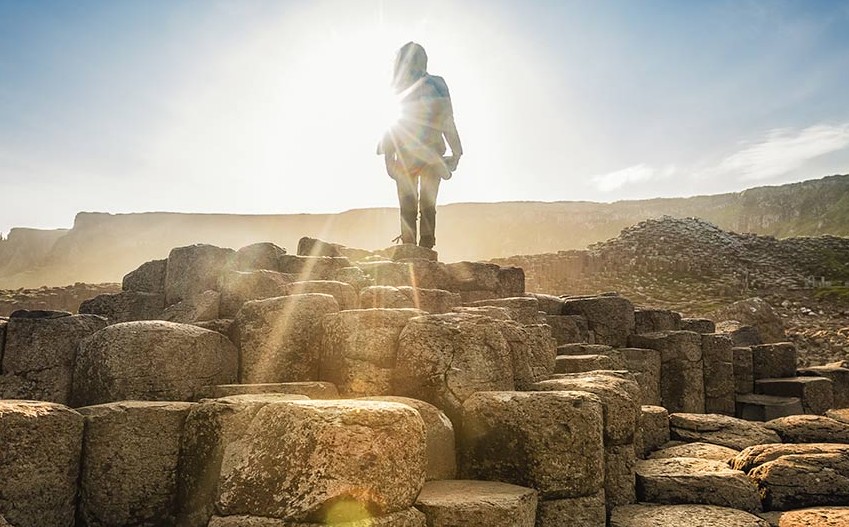 What is the role of traditional culture in shaping modern literary identities?

Few places honor their legends in everyday life as much as Ireland. Storytelling dominates the landscape of the Emerald Isle. Students will take a close look at the legends and myths of Ireland and how the landscape, music, and storytelling play into the literary imagination. Students will be challenged to re-imagine Irish myths and legends through fiction writing, in order to create a one-time publication of stories and poems. 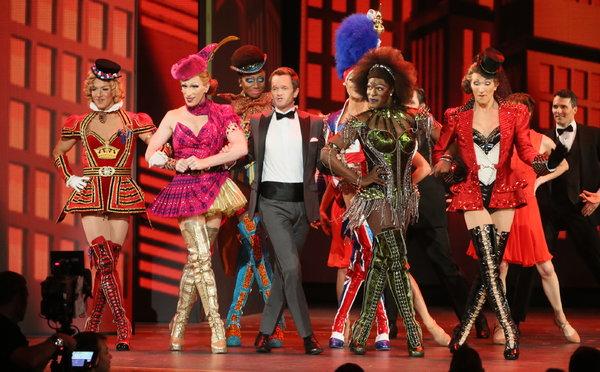 What impact has the LGBTQ community had on the success of trajectory of Broadway shows, and how have those shows helped shape America?

Students will visit New York City to discover the vibrant community that has supported successful shows like Kinky Boots, Fun Home, La Cage Aux Folles, and Harvey Fierstein’s Torch. Students will visit WOW! Theater, and the NY Public Library to choose and view an LGBTQ related production that has closed on Broadway. This program will include a trip to the historic Village district in NYC, and theaters in the DC / Baltimore area, including the Gay and Lesbian Center. 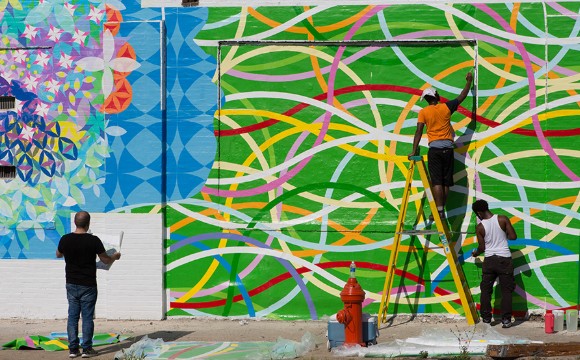 What purpose should public art serve? Who should be allowed to make public art? What is the ideal proposal process artists should go through?

Students will tour neighborhoods with local artists and guides to learn what inspired their subject matter, styles, and locations, and how they work with community members and city officials to make decisions. Students will research materials and techniques for working collaboratively on a large scale, and will have the opportunity to propose ideas for a new mural on the Barrie campus. 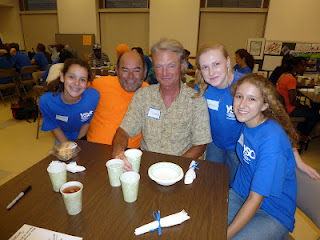 What does it mean to be hungry and homeless?

At YSOP, students will spend a week helping people who are poor, hungry and homeless. 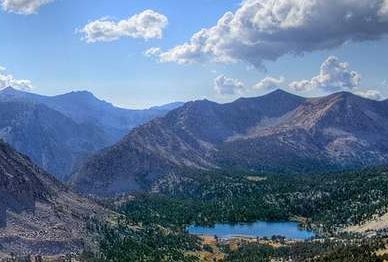 Can the stillness of a photograph move the world to change?

The varied and beautiful landscape of California’s Sierra Nevada mountain range has been the focus of both artistic and conservationist efforts for decades.

Read More about Range of Light 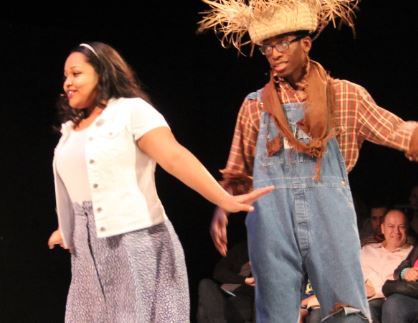 Why is musical theater compelling, and in some cases, timeless?

Students will take a weeklong journey, experiencing the musical theater stage both as professionals and patrons. 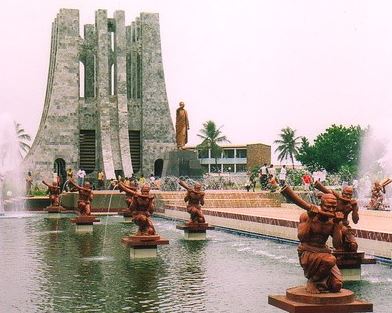 What was the experience of enslaved Ghanaians? How did Ghanaian culture serve as a response to the horrors of slavery?

This program will trace the historic journey of enslaved Africans from Ghana to the Americas. 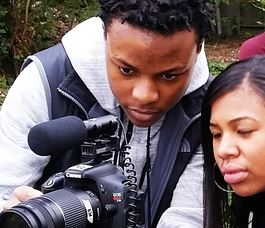 Documenting Change will explore the medium of documentary film. We will examine how documentaries depict issues like the struggle for racial justice, efforts to combat climate change and pollution, and many more. 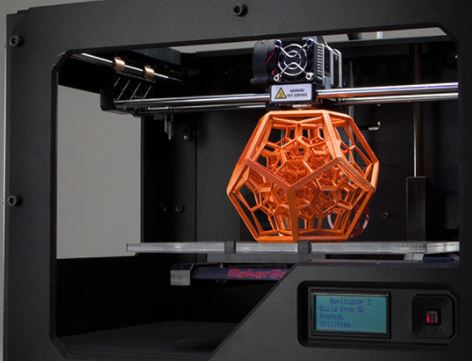 How can I express my creativity using the technology of 3D printing?

The technology of 3D printing has changed the way we think about making 3D objects. It is used in architecture to make 3D models, in industry to develop prototypes, in art to create beauty, and in medicine to make prostheses.

What made Harlem such an inviting destination for African Americans in the early part of the 20th Century? How did the art, music, literature, and culture of the Harlem Renaissance influence American Society?

This ESW program enabled upper school students to learn more about this unique time in American history by visiting important Harlem landmarks, studying the work of artists like Zora Neale Hurston, Langston Hughes, and Duke Ellington, and creating works of visual, literary, and performing art that connected the Harlem Renaissance to their experiences in America today.

How has the biodiversity of Costa Rica affected its rich history and culture as well as its relationships with the world?

This unforgettable tour of Costa Rica explored one of Central America’s most spectacular and bio-diverse areas. Students visited Arenal Volcano and hiked through Monteverde Cloudforest – home to 400 species of birds, 100 kinds of mammals, and over 500 types of butterflies.

Our Costa Rican guides taught us about this amazing landscape and wildlife, and introduced us to local culture. Students also participated in a snorkeling trip with sea turtles in Tortuguero National Park, and a heart-pounding whitewater rafting trip on the Rio Reventazón! 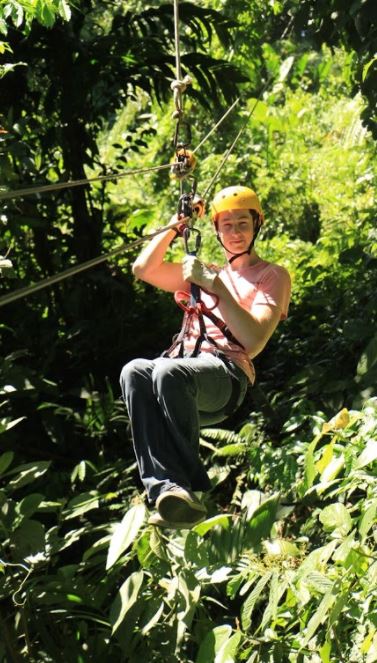 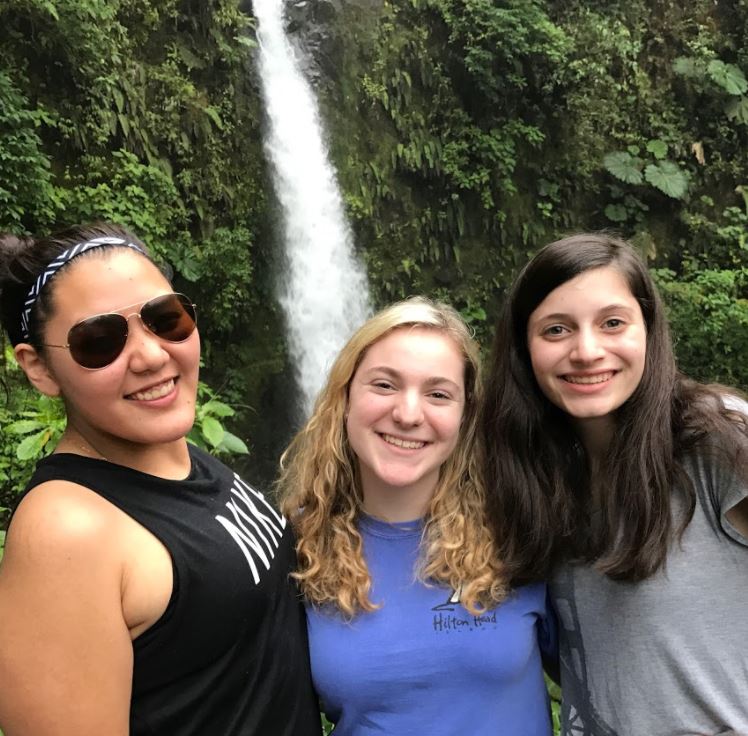 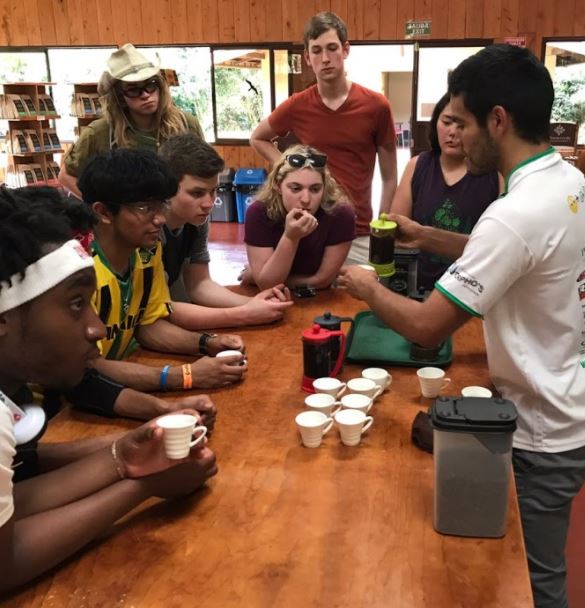 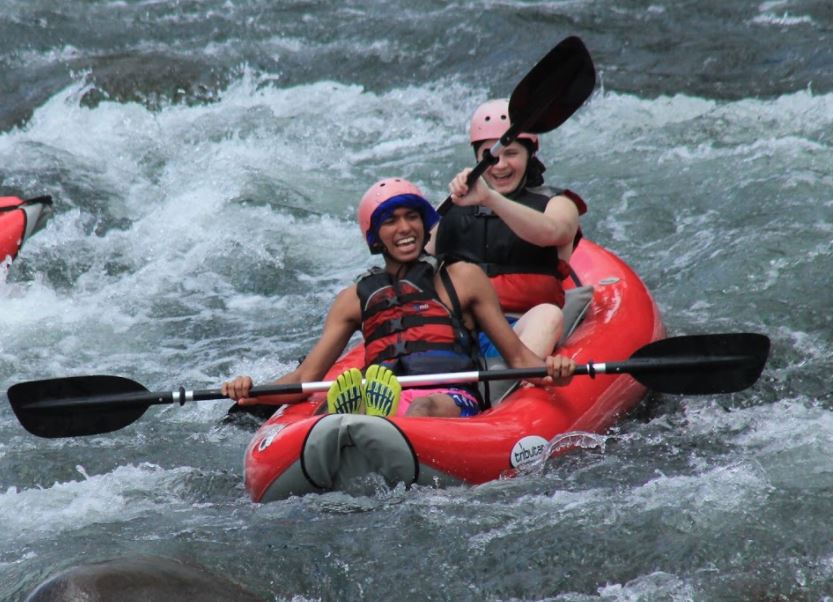 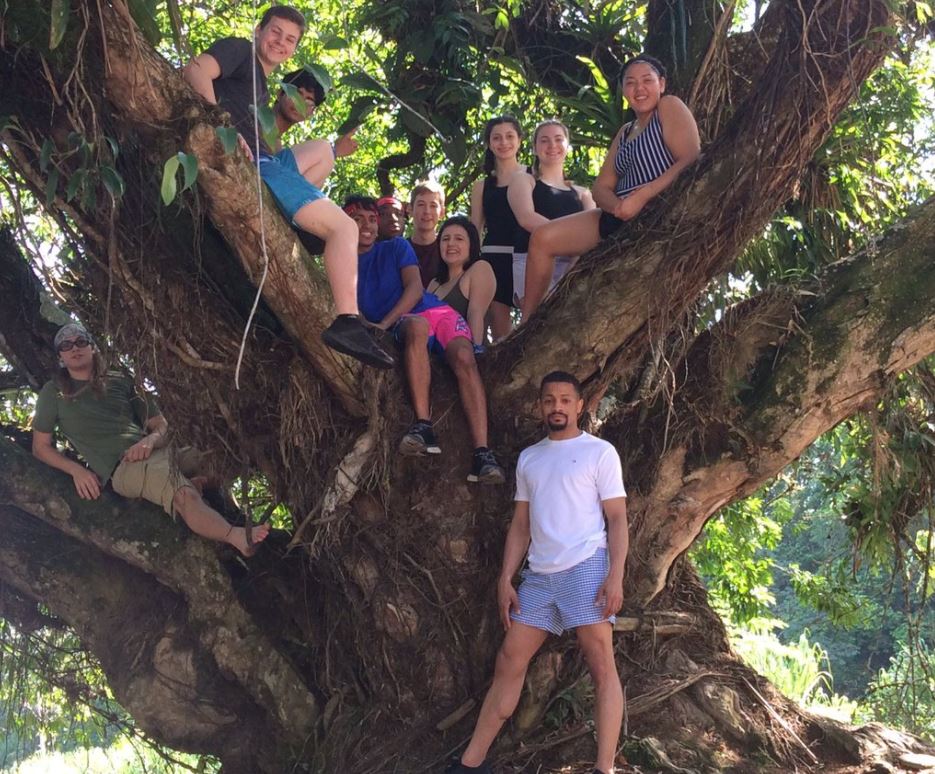 How has Oman’s unique geographic location and culture had an influence on Middle East policy and global diplomacy?

Students on the ESW trip to Oman were guests of the Center for International Learning—an institution specializing in the teaching of Arabic and Middle Eastern studies. Two houses were used by Barrie School students and chaperones during their stay.

Oman is situated in the Middle East—bordered in the Northwest by the United Arab Emirates and other moderate nations of the region. It is also bordered by Saudi Arabia to the west and Yemen to the south. The people of Zanzibar, Tanzania, India, Pakistan, and Persia contribute to the collective Omani bloodline. Ethnic diversity has encouraged religious diversity; people of all religions are allowed to practice religion freely in Oman. Oman is an ally of the United States and has been instrumental in brokering political agreements that serve the interest of peace and security in the world. 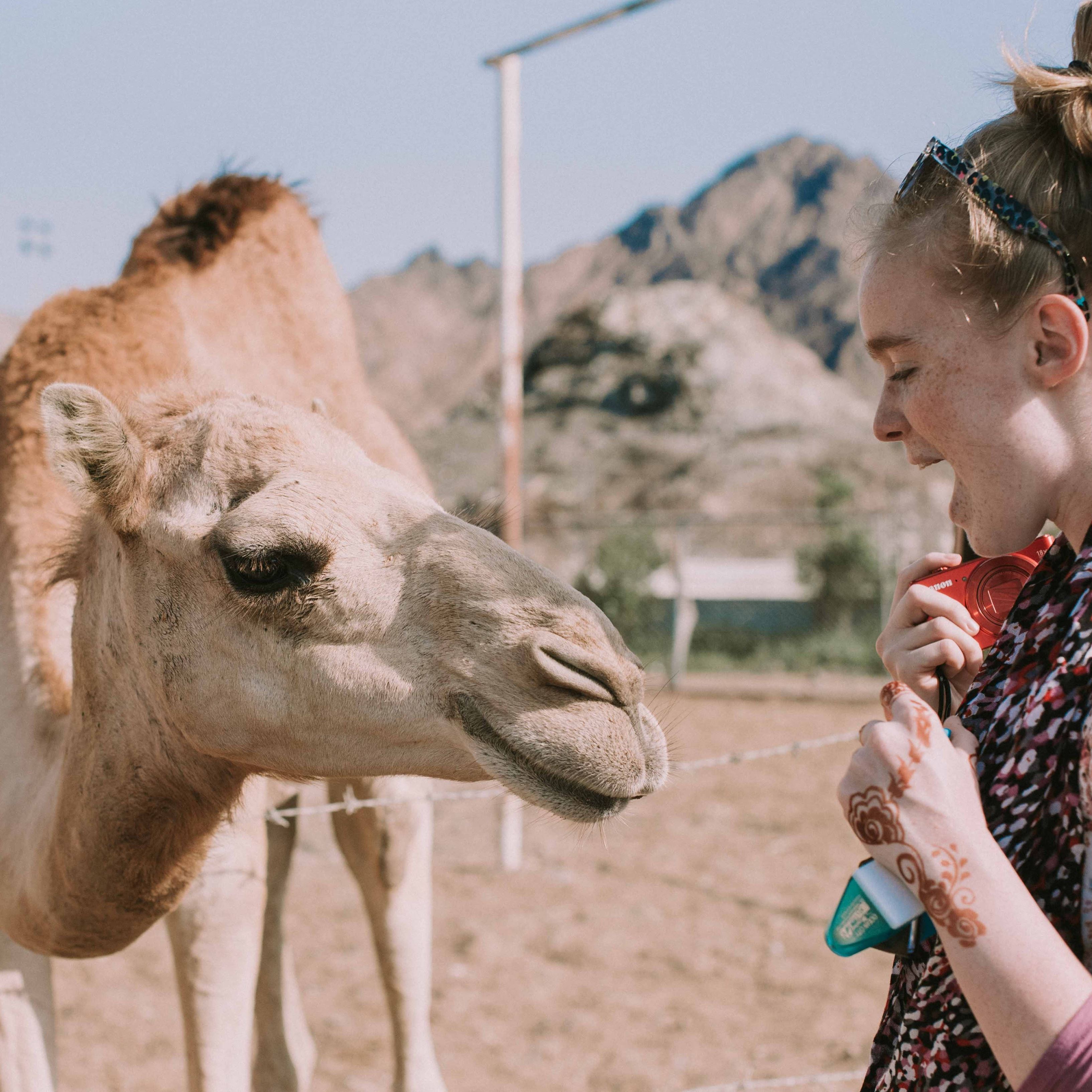 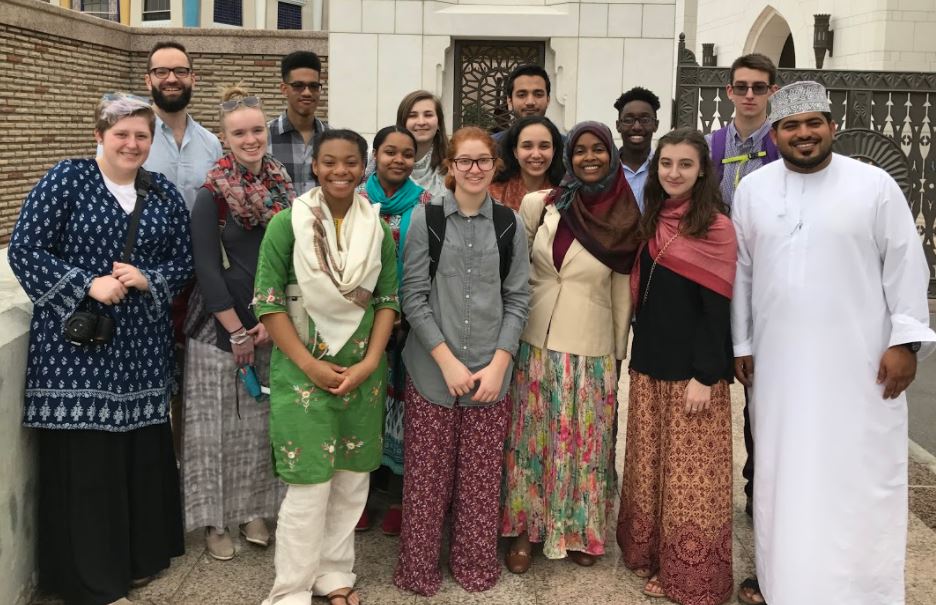 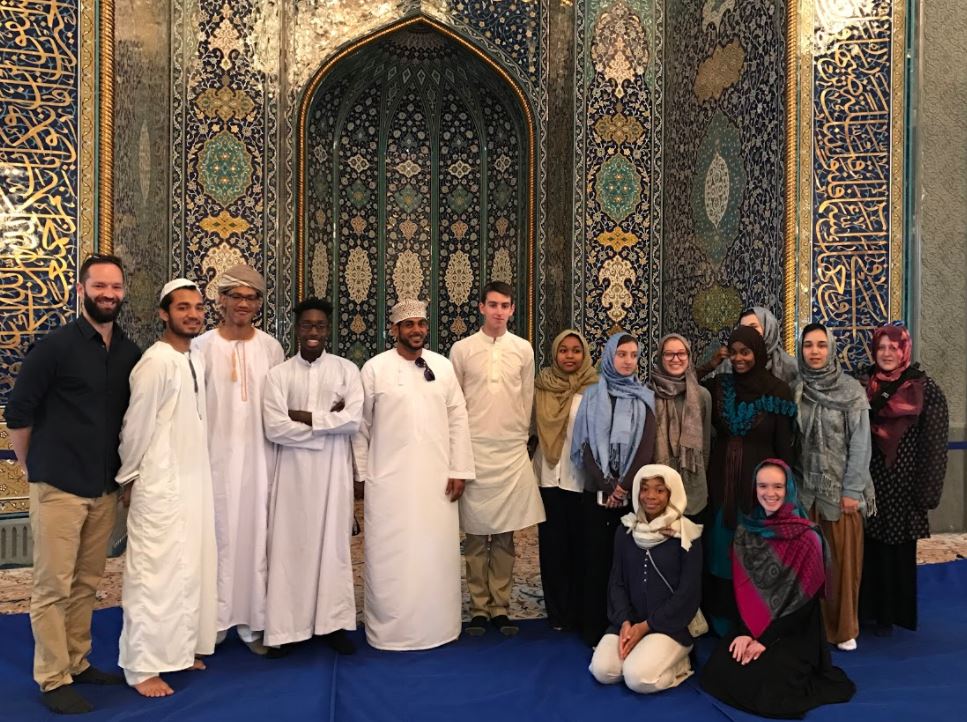 Can skateboards make the world a better place to live?

This ESW focused on care for the environment, specifically climate change, and ways that students as individuals can help solve a problem of such magnitude. The Electric Utopia ESW explored one possible solution: the electric skateboard!

Electric skateboards are the least expensive and the most convenient electric vehicles that we have today. For this ESW, each student had their own electric skateboard. The challenge was to use this skateboard, along with mass transit, as one’s sole means of transportation for one week. 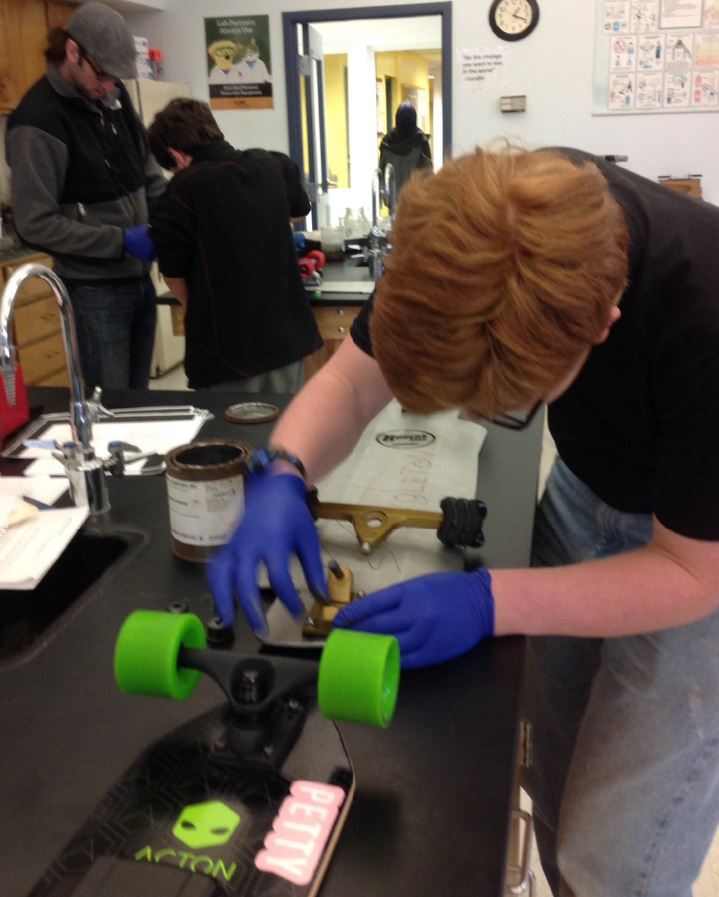 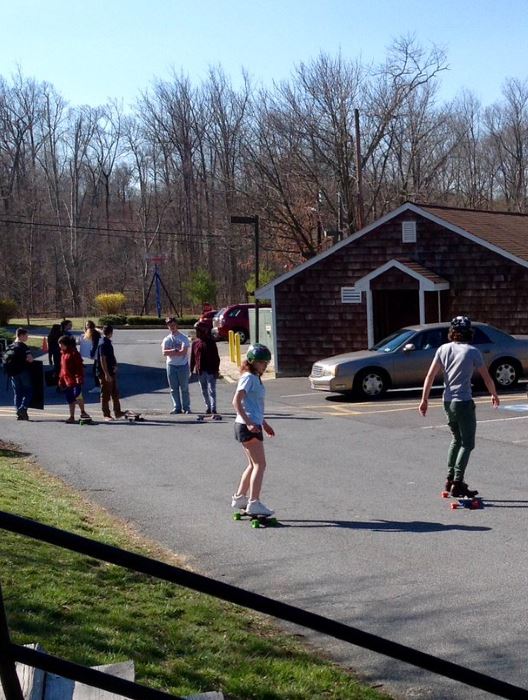 How can we turn "junk electronics" into useful, functional items?

Half Volt Hacks is a program designed around the idea that we can “hack” items around us, to create new and interesting objects. In this program students focused on electronics hacks, by taking apart cheap toys and gadgets from local thrift and dollar stores, seeing what makes them tick, and reassembling them into new and useful things- and also some not-so-useful-but-fun things.

Along the way we learned the basics of DC circuits, radio control, the proper use of soldering irons and multi-meters, and rechargeable battery technology.

There was lots of duct tape, hot glue, and elbow grease involved, and while there was no guarantee our creations wouldn't break before the end of the week, at least we knew how to fix them! 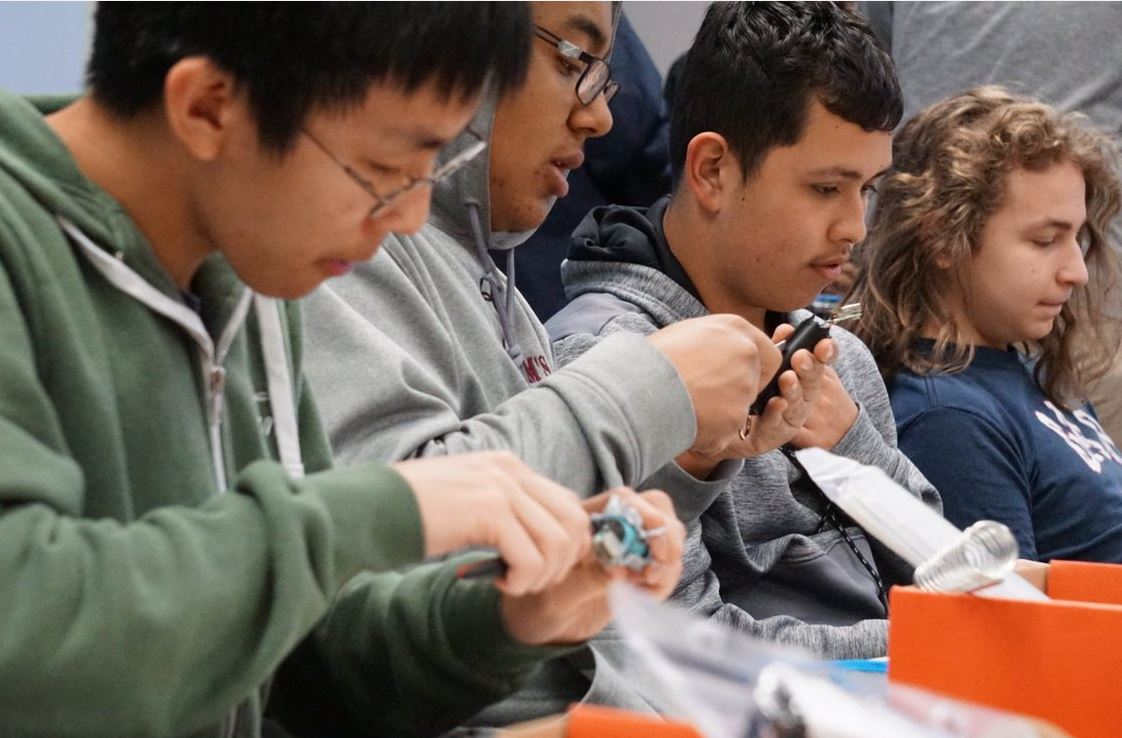 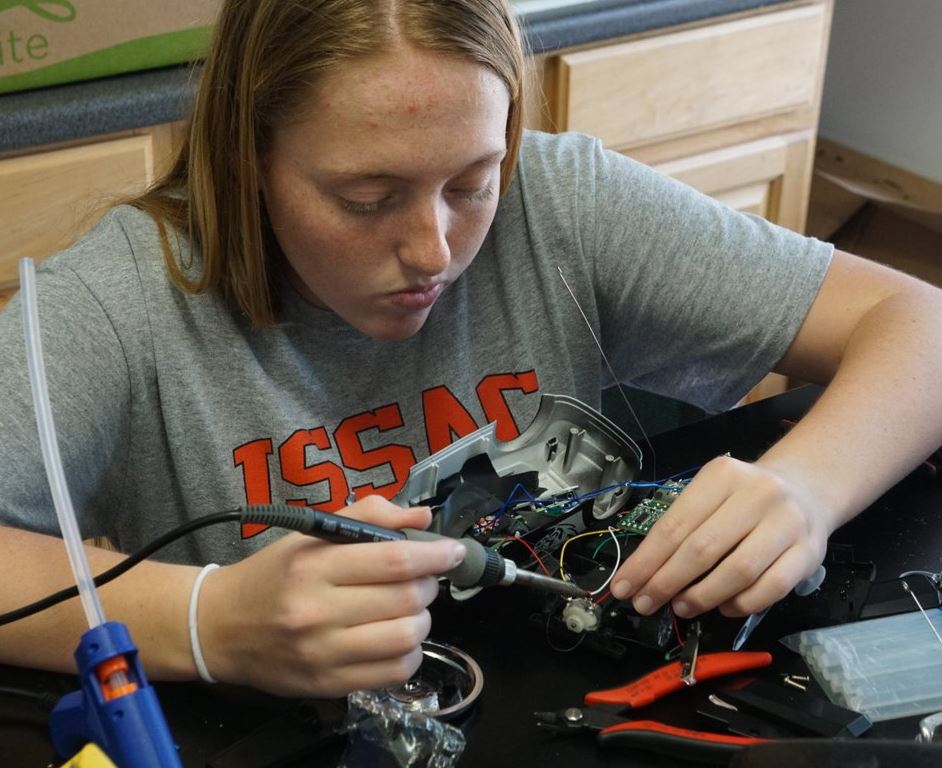 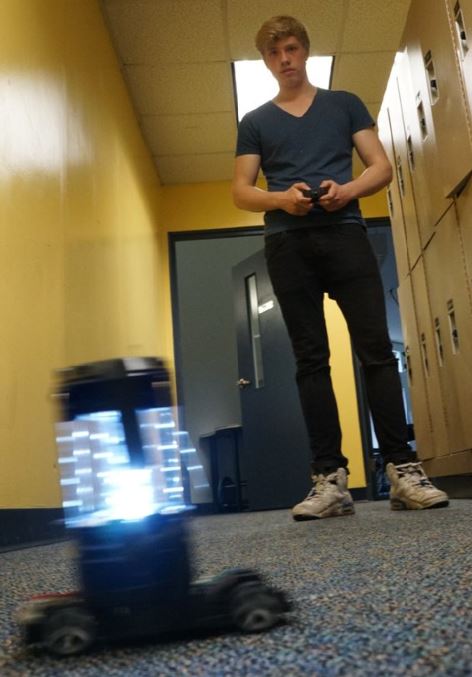 What raw materials add color to pottery? And what is clay anyway? What variables are involved with creating pottery without electricity?

How are ceramics and chemistry related? In this hands-on program students expanded their knowledge of what clay is and how it can be processed. They learned the properties of different clays and glazes, and how ancient peoples used the material to create functional objects before there were electric kilns or wheels.

We will visited ceramics studios and galleries, interviewed artists, and created individual and group projects using experimental techniques. Students also harvested their own clay from a local mine, created their own glaze from basic elements, and experienced different types of alternative firing techniques. 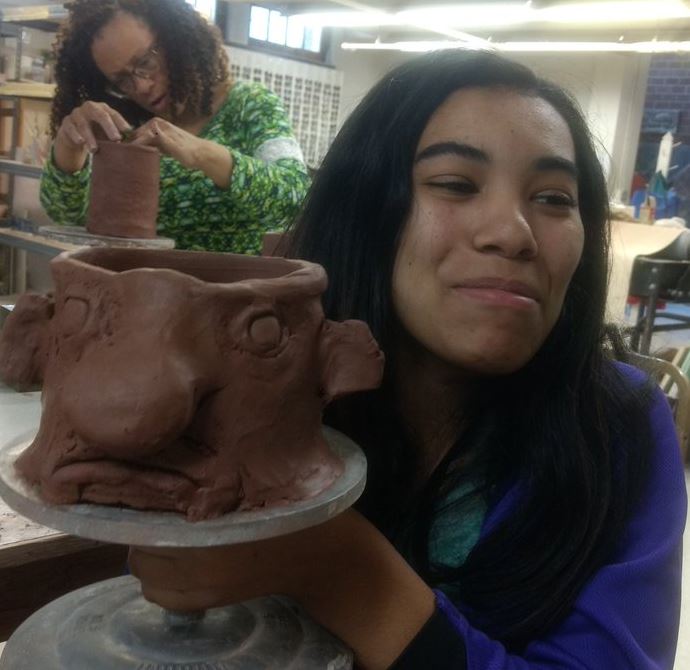 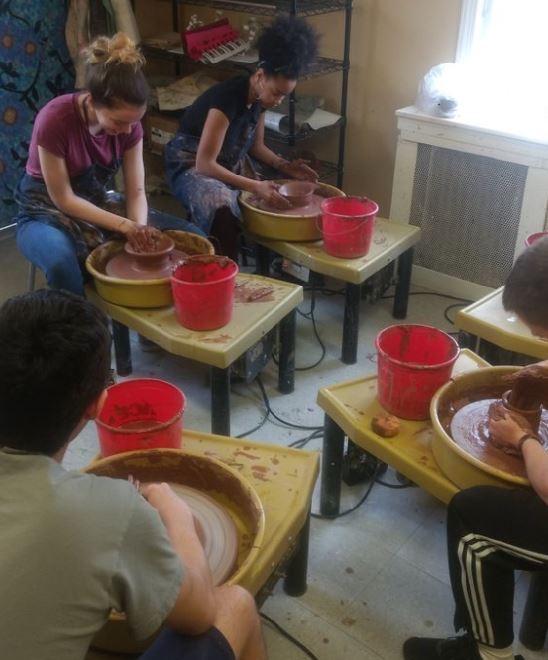 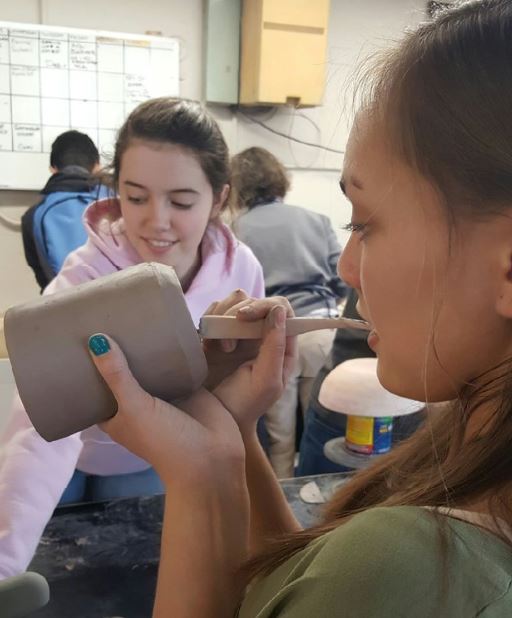 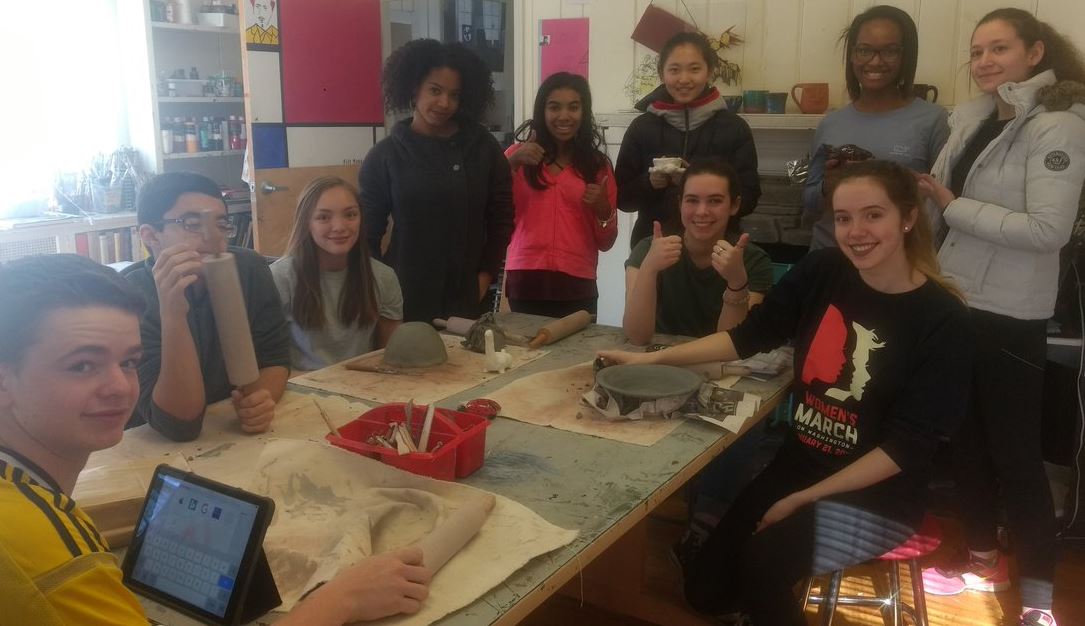